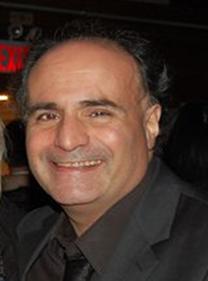 ERIC ZACCAR is a playwright, lyricist and screenwriter, who is currently co-producing the independent feature film, Without Hate. His original screenplay, The Only Trace was optioned by an independent producer.  He was commissioned to adapt the screenplays On the Other Side and Indian Superstar from pre-existing works.  Other original screenplays include Julian's Quest and Lucifer's Elite.

For the stage, Eric wrote the book and lyrics for the mini-rock opera, The Oedipus Complex, that was optioned by Joseph Papp.  His other plays that have been staged in New York City include Starr’s on Broadway, Housing, I’ll See You in Hell and The Assassination That Saved John’s Pizzeria.

As a lyricist, Eric has collaborated with a considerable number of New York area bands, composers and musicians. He produced three of the tracks that are going to be featured on the EMPTY SKYLINE CD.  He recently co-produced and starred as himself in the short film, Parking Madness in New York: Galileo/Pro Sieben, that was seen by millions of people on network television, in Germany.  Eric also co-produced several stage plays and large scale benefits in New York. He assisted in producing a fundraiser for the National Children’s Leukemia Foundation in the Grand Ballroom of the Marriott Marquis, a benefit for the Families for Freedom Foundation, at City Center, and several events for Art for Healing NYC .  He's been a featured guest on a number of radio programs, including the Howard Stern show.  He introduced songs from EMPTY SKYLINE when they were played on the legendary Joe Franklin show and the nationally syndicated Joey Reynolds show.

Eric has written stand up and sketch comedy as well as speculative teleplays.  He's been hired as a Ghostwriter and Script Doctor for various projects.  He is a graduate of the Dramatic Writing Program at NYU Tisch School of the Arts and a member of the Dramatist Guild, ASCAP and the Writer’s Guild of America. 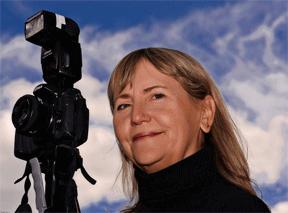 SOPHIA ZIBURTOVICZ has had a diverse and multi-faceted career that has taken many turns and has inevitably led her into the intriguing world of film and music producing.

As a modern and ballet dancer, Sophia studied with Alvin Ailey, Murray Lewis, Richard Thomas and the Martha Graham school, and she performed with La Donna Mabry.  In her more corporate days, Sophia spent many years working as a Systems Analyst and software designer for New York Consulting Partners and the multi-billion dollar, worldwide consulting firm, McKinsey and Company.

One of her first ventures into professional photography, in 2003, was for the wedding of a Sunday New York Times featured couple of the week.   As a later in life creative photographer, Sophia has been featured in more than twenty gallery shows, over the past few years.  Besides EMPTY SKYLINE, Sophia is currently one of the producers of Eric Zaccar's upcoming independent feature film, Without Hate,  Sophia is a graduate of the University of California, at Berkeley. 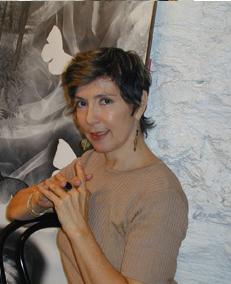 LOREN ELLIS is the Founder and Director of the Art For Healing NYC Foundation.  During their fourteen years as a non-profit organization, Art for Healing has sponsored a variety of diverse artists and has produced  numerous art shows and events.  Loren led the team that put together all of the poems, lyrics, pictures and remembrances for the book, 9-11 NYC:  The Days After, that is currently in the gift shops of the September 11th Museum, Memorial and Tribute Center, as well as in local libraries and in the Library of Congress in Washington DC.  The title track on our EMPTY SKYLINE CD is also the signature piece in Loren's book, and several of the other songs with lyrics in the book will also be a part of our project. 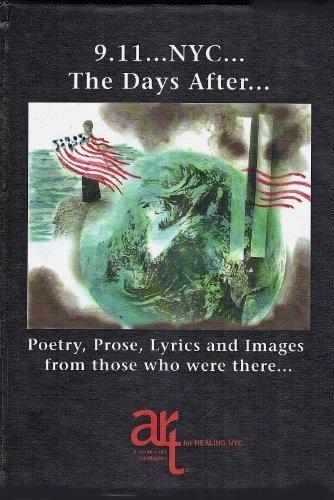 As an exhibiting artist, Loren's rather unique and profound work has been exhibited internationally and she's received a number and grants and awards.  Her photographic paintings have been displayed at the Museum of Modern Art, the New York Public Library, the Brooklyn Museum, the New York Historical Society, the Museum of History and Photography in Krawkow, Poland and many other Museums and Galleries.  Her pieces are in private collections in London, Japan, Peru, Africa and many parts of the United States.  Her work has been commissioned by the New York Yankees, the Environmental Defense Fund, Kodak and Johnson and Johnson.  Loren directed the documentary, A Tiny Voice, and she authored the book, Photographs and Thoughts.  She has a Master's of Fine Arts from Florida State University.

To find out more about Loren's organization and our affiliate producer, Art for Healing NYC, please click on their book.

To learn more about Barbara Anselmi's driving piece, ALL JOIN TOGETHER, that is going to be the grand finale of our CD, click here.  To read about Barbara's brand new Broadway musical, IT SHOULDA BEEN YOU, starring Tyne Daly and directed by David Hyde Pierce, click here.  Websites for some of our other Creative Contributors include thechrisbarron.com, jensenkeets.com, mikeboldt.com, kamalinden.com, gloriacarpenter.net, designcatcher.com and without-hate.com.

If you'd like additional information about our producers, or any of our musicians, composers and singers, you can E-Mail us at info@emptyskyline.com or call 646-312-0104.